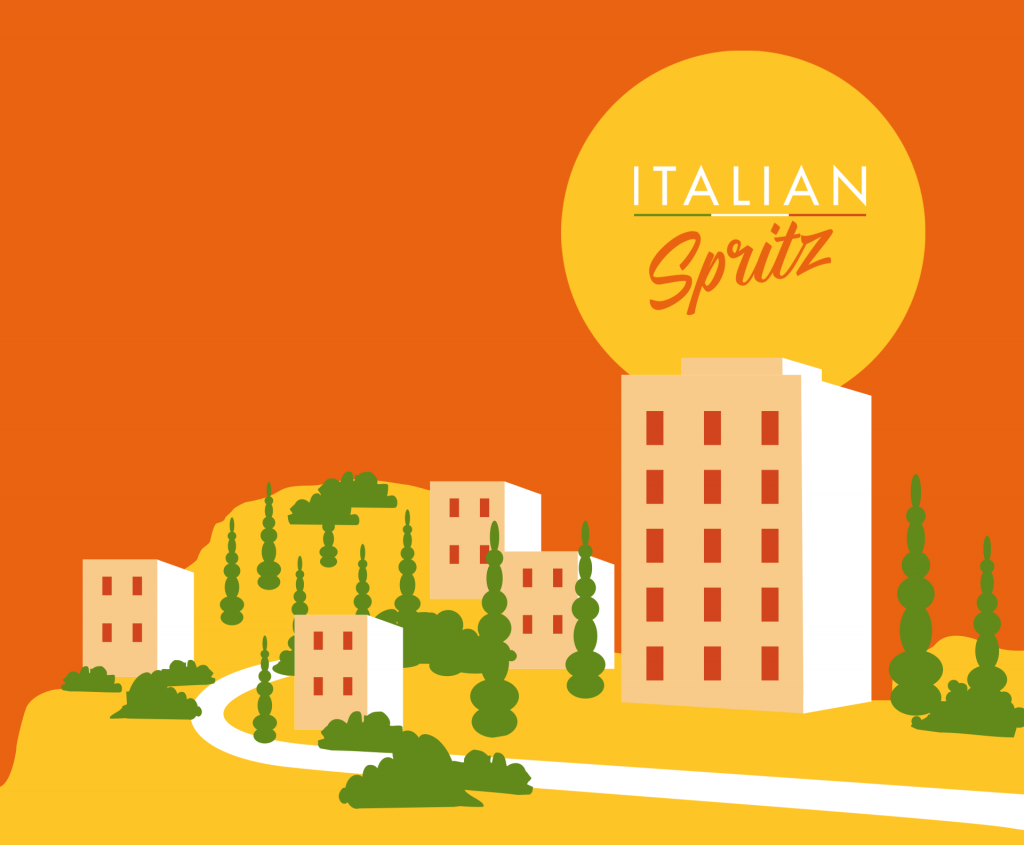 Beviamo! Which means “let’s drink!” is a salutation used in Italy to signal friendship, good times and of course an alcoholic treat.

Our first drink is inspired by many trips to the Bel Paese, hours spent walking the bustling streets of Rome, Florence and Milan, and days spent wandering in the sun-blushed Tuscan hills.

The idea of aperitivo has been with Italians for centuries, the post work, pre meal long, first drinks as the sun goes down, it is a time of relaxation and refreshment.

We hope you enjoy our drinks as much as we enjoyed researching and making them. So without further ado….Beviamo!

Good news.  You can now buy Beviamo! Italian Spritz on line for delivery to your front door at www.goodtimein.co.uk 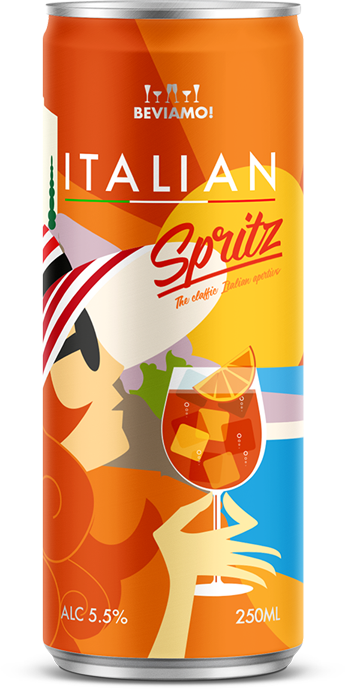 Beviamo! Italian Spritz is based on original recipes and uses our own bitter liqueur, Italian wine and soda water to create a lightly sparkling, refreshing take on the classic cocktail which will transport you straight to summer, holidays, sun and sea!

Presented in a premium 250ml slim, art deco, matte finished can that is as at home on Instagram as it is in your fridge. 5.5% ABV. 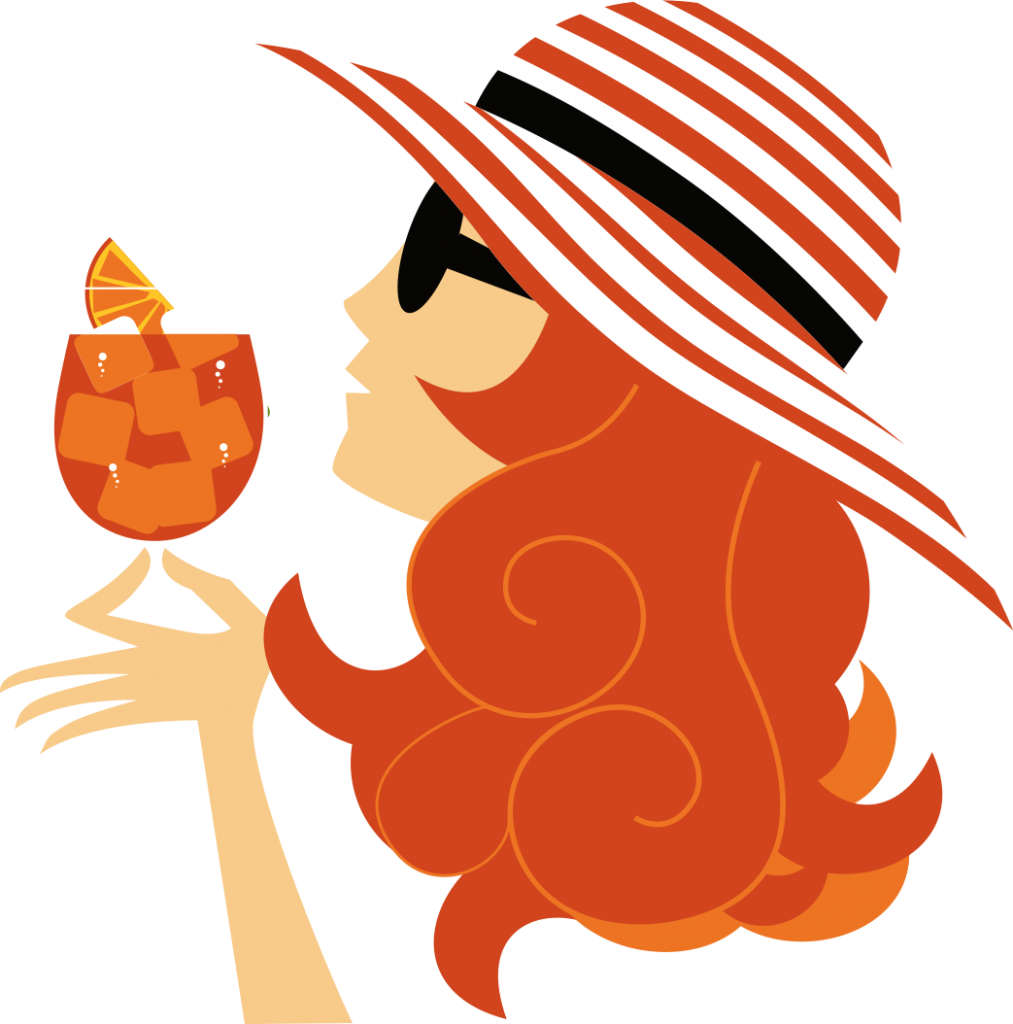 The history of the spritz al bitter or spritz veneziano is as colourful as the drink itself.

Unsurprisingly given the name, it originated in Venice but at a time when the area was under Austrian rule, in the early 1800s.

Soldiers along with merchants, politicians and other employees of the Austrian empire occupied the area and used to drink local tavern wines. However, vintages from the Veneto region (in which Venice resides) were notably stronger than they were used to so to stay a little more, shall we say “alert”, they would dilute them with water or soda, a style known as “spritzen” in German and so the Italian Spritz was born.

It wasn’t until approximately one hundred years later that the modern spritz came to be. Austrian noblewomen began to frequent the drink when siphons were created, allowing carbonation of a number of watered beverages. The injection of sparkling glamour soon saw the drink adopted by trend setters of the time and became highly fashionable.

As with all popular cocktails, time in the limelight led to experimentation and variants. Soon a number of Italian bitter liqueurs were added for a dryer, bitter-sweet take, known as the Spritz Al Bitter, the first incarnation of the vibrant orange, summery drink we know today.

After a hiatus from cocktail culture The Spritz Veneziano came back with a storm in 2018, with The New York Times, The Guardian and many other notable sources crowing it “the drink of summer”.